23/01/2022, USA, Basketball, NBA (Basketball), Article # 30596102
It wasn't a thing of beauty, but the Wine and Gold earned their seventh win the last nine outings, dropping OKC on Saturday night at Rocket Mortgage FieldHouse. 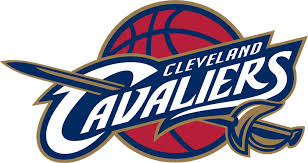 Cavs Top Thunder for the Second Time in a Week

COLORADO SPRINGS — Two weeks after their first loss of the season dropped them out of the AP Top 25, the Colorado State Rams are slowly climbing back into consideration once again.

David Roddy fell one rebound shy of a double-double and the CSU men’s basketball team shut down Air Force to secure a regular-season series sweep of the Falcons with a 73-53 win Saturday at Clune Arena.

With their fourth straight win, the Rams moved to 15-1 (5-1 Mountain West) to begin the season — their best 16-game start in program history.

Isaiah Stevens and Roddy combined to hit 13 of 16 shots from the field to lead an efficient Rams offense. As a team, the Rams shot 57.4% overall, including 6-of-17 shooting from 3-point range.

Air Force drew to within a point of the Rams at 16-15 with 6:41 left in the first half before CSU took control, closing out the half on a 15-2 run sparked by back-to-back 3-pointers from Roddy and Rivera.

Colorado State entered Saturday ranked No. 31 in the NET rankings — a critical metric used by the NCAA Tournament selection committee to put together the at-large field.

Keys to the Game: Cavaliers vs. Thunder

23/01/2022, USA, Basketball, NBA (Basketball), Article # 30595592
After having their five-game run snapped in Chicago, the Cavs look to get back in the win column when they welcome the Thunder to Rocket Mortgage FieldHouse on Saturday night.

Carmelo Anthony scored 19 of his 23 points in the second half Friday night to help the Lakers pick up a 116-105 road victory over the Orlando Magic.

Grading the Week: Frame Nikola Jokic’s triple-double clinching pass and display it in the Louvre

The artistry of Nikola Jokic isn’t unlike that of Pablo Picasso, David Lynch or Lou Reed.

The only difference is that the Nuggets big man’s medium is a basketball court, and only a select few have ever painted with a palette as colorful as his.

That was once again apparent in an overtime victory over the Clippers late Wednesday night, when the Serbian savant delivered yet another master stroke that left the Grading the Week staff pondering the limits of humanity.

Like so many things Jokic does on a regular basis, it was something only his singular talents could conjure. That it was also a pass — and, thus, reflective of the Joker’s selfless disposition — made it all the more fitting.

To set the stage, here are the particulars: The score was tied at 127 with approximately 10 seconds left in OT when Jokic received the ball a few feet outside the 3-point line on the wing.

Jokic quickly scanned the floor, processing a Clippers defense that had thrown a multitude of coverages at him over four quarters and one overtime. Then, as 6-foot-7 Amir Coffey flew over to apply a double-team alongside 7-footer Ivaca Zubac, he pivoted 360 degrees, waited for guard Monte Morris to cut through the lane to manipulate the defense and delivered an overhead cross-court heave to Aaron Gordon in the opposite corner.

Sailing on an exquisitely lofted arc, the pass dropped softly into Gordon’s hands in rhythm — right in the “shooting pocket,” as basketball heads like to say — and the Nuggets forward promptly drained the corner 3 as the shot clock expired and pandemonium enveloped Ball Arena.

Now, it’s been a few decades since the Grading the Week staff last took trigonometry, but we haven’t forgotten SOHCAHTOA. Given the dimensions of an NBA court, and where Jokic and Gordon stood opposite each other, we feel confident estimating Jokic’s pass flew 55 feet before landing precisely where he intended… as he was pressured by 6-7 and 7-foot defenders… with the game hanging in the balance… after Jokic had already played 41 minutes.

It felt almost secondary that Gordon’s shot hit nothing but net — as if Jokic’s pass had already willed it to happen.

Adding one more degree of perfection: The assist was Jokic’s 10th in a 49-14-10 triple-double, the exclamation point to an entire night of basketball brilliance worthy of display in the Louvre.

In the 130-year history of the game, the world has produced only one 7-footer with the blend of creativity, vision, strength and skill necessary to pull that pass off.

Luckily for us, he just so happens to call the Mile High City home.

The folks inside the Grading the Week offices don’t normally go for hockey fights.

Generally speaking, they’re brutish, gratuitous and a relic of a bygone era best left in the past.

That said, the heavyweight bout between Avalanche defenseman Kurtis MacDermid and Ducks forward Nicolas Deslauriers on Wednesday night in Anaheim was a spectacle even we cannot deny.

In the sixth fight between the two NHL bruisers, MacDermid and Deslauriers traded vicious right hands for approximately 62 seconds before mutually agreeing to skate away with a draw. After being escorted to adjoining penalty boxes, they then proceeded to exchange pleasantries — their previous punches reduced to bare-knuckle hugs.

Why they felt the need to pummel each other in the face just a few minutes earlier is beyond us. Some tough love only a hockey player can truly appreciate.

If it wasn’t already institutional knowledge around the NBA, it is now. Grizzlies star Ja Morant is a problem.

The soaring superstar was at it again Friday night at Ball Arena. Morant carved up Denver’s defense en route to a 122-118 Grizzlies win. It’s the third time this season Memphis has knocked off the Nuggets – a disconcerting trend for a potential first-round opponent this spring.

Morant sprung for 38 points to the chagrin of the handful of defenders who tried to contain him. Not even Aaron Gordon could quell Morant’s incessant drives, scintillating dribbles and relentless attacks.

Memphis’ size and spirit spoiled Nikola Jokic’s fourth triple-double in as many games. Denver’s franchise centerpiece tallied 26 points, 11 rebounds and 12 assists, but his line couldn’t overshadow Memphis’ towering presence. The Grizzlies poured in 58 points in the paint and bludgeoned Denver on the glass, 48-37.

A healthy DeMarcus Cousins can’t come soon enough. Denver’s latest addition sat out Friday’s game, which marked the first day of his 10-day contract. The four-time All-Star went through warm-ups but was a game-time decision due to a minor injury issue, according to Nuggets coach Michael Malone. He ultimately didn’t play and had to watch the Grizzlies bully the Nuggets inside.

Their other addition, Bryn Forbes, managed nine points on just 4-of-13 shooting on the night. Will Barton poured in a team-high 27 points, including 12 in the fourth as the Nuggets fought to keep it close.

The Nuggets, who got two points from their bench in the second half, fell to 23-21 on the season and will close their six-game homestand against Detroit on Sunday.

Carrying the same energy they used to end the first half, the Nuggets blitzed the Grizzlies with a 19-8 run to open the third quarter. Jokic hunted for his shot inside, often playing through the more physical Steven Adams. Four minutes into the quarter, after Jokic corralled an offensive rebound, he stopped mid-play and stared at the official on a no-call. Play eventually resumed when Jokic found Jeff Green cutting through the lane for a jam, but his exasperation was evident.

Meanwhile, Morant kept coming. His swerving, spinning drives gave Denver guards fits, and he penetrated the lane with ease. Morant managed 13 points in the third quarter alone, and the Grizzlies took a 98-92 lead into the fourth.

Forbes’ debut was a decent one. He buried his first jumper in a Nuggets uniform midway through the first and then continued hoisting whenever he found space. Even though he wasn’t efficient, he took the shots the Nuggets needed him to. Expect him to be a valuable spoke in the second unit moving forward.

Nuggets coach Michael Malone knew exactly what type of challenge the Grizzlies presented: an athletic, physical, imposing outfit that has shown no fear during their swift ascent.

“It does start with Ja Morant,” Malone said. “This young man is electric. Athletically, he’s just so gifted. He can get to anywhere on the court, he can finish in traffic, he can dunk on you. We’ve all seen the blocked shots that he’s had. He’s playing both ends of the floor. His 3-point shot has improved.”

After Morant, the Nuggets’ scouting report prioritized keeping them out of transition, out of the paint and off the glass. It didn’t, however, highlight their perimeter shooting, which was blistering in the first half Friday night.

Memphis jumped out to a 68-63 halftime lead on the strength of 10 first-half 3-pointers. Morant hit two of them, but others came as a result of the defensive attention he commanded. He spliced Denver’s defense for 23 points on 14 shots over the first two quarters.

Jokic was productive, with 10 points and eight rebounds early, but was hardly the imposing force he was in Wednesday’s dominant showing. His deep 3-pointer to end the first half gave the Nuggets some tangible momentum into the break.

Malone, livid after a physical play didn’t yield a foul for Jokic, picked up a first-half technical that had been brewing.

Stanley Johnson helps spark a Lakers scoring run and helps Frank Vogel earn some redemption in the Lakers' 116-105 win over the Orlando Magic.