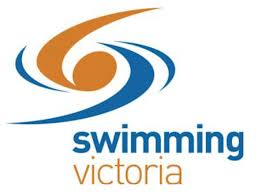 Sadat – Jon Hussain
Sadat-Jon Hussain is a man of many talents, a competitive swimmer, a teacher of swimming and
an official in our great sport. His talents in the teaching field found himself nominated for the
Aquatics Recreation Victoria swim teacher of the year in 2012.
Sadat-Jon is one of our passionate officials dedicates a tremendous amount of time into
swimming. No doubt you have run into Sadat-Jon on pool deck at some stage during a swimming
competition.
Sadat has shared his background with Swimming Victoria this month, so read on to find out more.
How did you first get involved with Swimming?
I was a swimmer back in my junior days and returned to competitive swimming when my son
joined Geelong Swimming Club. I also teach learn to swim classes (infants, parent and toddlers,
stroke technique and all abilities) for Geelong City Council.
What's your first memory of officiating at a meet?
Marshaling at the Geelong Open, hearing all the children’s excitement about swimming and
wanting to do a PB.
Do you know when your attended your first swim meet and how old you were?
Would have been when I was 13 as a schoolboy.
What has surprised you most about swimming during your time?
The way the kids just keep getting faster and the professionalism in the meets you attend.
What do you find most challenging about Officiating?
Finding the time to attend the meets
What's the best/worst thing to happen since you started Officiating?
Best: Marshaling some of our Olympians at the State Open Championships.
Worst: While training as a Judge of Stroke at a country pool in 40+ degree heat and wanting to get
in the water for a swim to cool off.
If you could change one thing about Swimming Officiating what would it be?
The lack of training opportunities for swimmers who are in country environments - pool space is
hard to get.Page 2 of 2
What do you wish other people knew about Officiating?
That it is lots of fun and there is lots of training that helps to make it easier.
Tell me about some of the famous people you've met while involved with swimming?
I have met Brenton Rickard, Ash Delany, Ian Thorpe, Michel Klim, Matt Welsh. Nicole Livingston &
Lisa Curry.
I have also swum with Kerrin Perkins.
What would you say are some of your strongest beliefs?
To always be fare
If in doubt – DON’T
Always be friendly
Have fun.
What would you tell someone who is thinking about becoming an Official?
Give it a go. There are lots of jobs and if we can all help it make things run better.
How would (someone) describe you?
Bubbly, joker, committed and someone who like to work out systems/processes.
What do you/have you done when you aren't Officiating?
I would be sitting in the stands watching.
What else can you tell me about yourself?
I am a father of two boys (swimmers) and a member of Geelong. I am the president of the
Geelong Swimming Club and Vice President of District 11.
I work full time as an Operations Manager of a Local Community Service Organisation called
Encompass Community Services, assisting Young adults with disabilities to transition from school
to adult life, including employment and education and training. I like performing and involved with
a local theatre company where I direct musicals and occasionally step out onto the stage. I teach
Swimming to infant and toddlers, and I am married.
What awards/honors have you received in swimming?
Nominated for the ARV swim teacher of the year last year and work the Geelong City Council
Recreation and Leisure Shining Star award in 2012.
How long have you been involved with Victorian Swimming?
3 years.