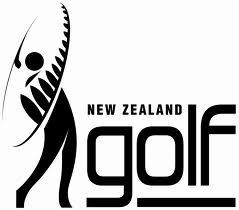 World No.1 amateur Lydia Ko made four birdies in the final nine holes of the World Ladies Championship Salonpas Cup in Ibaraki to add another top-five finish to her incredible record in professional events.

The 16-year-old from the Gulf Harbour Country Club carded a four-under-par 68 in the final round of the event to climb six places to finish in a share of fourth place on her debut on the JLPGA Tour.

The New Zealand Women’s Open Champion had rounds of 72, 70, 73 and 68 for a five-under-par, 283 total, at the West Course of the Ibaraki Golf Club to finish four shots back from the champion Hiromi Mogi.

Mogi also fired a four-under-68 for her first major title on the LPGA of Japan and the sixth JLPGA victory of the 36-year-old's career.

Ko finished as the leading amateur ahead of Japanese amateur Yumi Matsubara and continued her phenomenal record in professional events.

She is famous for being the youngest winner on the ALPG, LET and LPGA Tours and she has never missed a cut in the 17 professional events she has played since making her debut in a pro event at the NZ Women’s Open in 2010.

This season she won the New Zealand Women’s Open at Clearwater, finished runner-up at the NSW Open and the Australian Open, tied fourth on the JLPGA Tour, tied ninth at the LOTTE LPGA Tour event in Hawaii and in a share

of 25th place and the leading amateur at the Kraft Nabisco Major Championship.

Ko, who is No.22 on the Official World Golf Rankings, has won three titles, finished runner-up twice and third once in world-class fields.

She has also finished as the low amateur in all three major championships she has contested to earn an amateur record that is one of the best ever seen in the game.

Ko is going to return home this week to catch up on some school work. Her next event is the LPGA Championship at the Pittsford Golf Club in New York from June 6 -9 where she will contest her fourth major and look to become the youngest major winner in history.

American Morgan Pressel was the youngest winner in major history when she claimed the 2007 Kraft Nabisco Championship at the age of 18 years, 10 months and nine days.

But for now she has the chance to reflect on another remarkable week where she once again confirmed her potential as one of the most exciting young players in the world of golf.

Mun Chin Breaks Through At Muriwai

New Zealand rep Mun Chin Keh delivered a delightful chip-in on the par four 16th at the Muriwai Beach Links from 25m which proved to be the championship winning shot at the ask>metro Muriwai Open.

At that stage the overnight leader, North Harbour professional Jenna Hunter, was in a share of the lead and in the middle of the fairway. Keh’s chip-in rattled her as she went onto four-putt the 16th and make a costly double bogey.

It was a three-shot swing late in afternoon sun that decided the women’s title. From there Keh went onto birdie the 72ndhole to win her first Charles Tour title.

“My second shot was short because I hit it into the rough so I just tried to chip it onto the last tier and it went in and that put the pressure on her a bit,” said Keh.

“I had 148m with a rescue and it lipped out on the last for eagle so it was a good shot. I was happy to win like that.”

She carded back to back rounds of 69 on the weekend to finish on an even par four round total of 288 and win the title by five shots from Hunter (75). Northland pro Caroline Bon (72) finished in third on a seven over par total.

Keh’s win confirms her stature as one of the promising amateurs in the local scene.

“I am pretty happy to finally win on The Charles Tour,” said the 20-year-old.

“I played really well today and the last three holes decided the win. I played good shots in and those two shots helped me win. This has been a goal of mine for a while now so I am happy to get it done.”

New Zealand No.1 Michael Hendry has confirmed his place in an elite club on The Charles Tour by winning the ask>metro Muriwai Open but not before a spirited fight back from good mate Richard Lee in the final round.

Lee who battled to the end for his first win on the Charles Tour.

Northland amateur Kadin Neho carried on his fine form to finish alone in third place and as the leading amateur for his best result in a national stroke play event.

It looked like Hendry was on track for a comfortable win before Lee kicked into gear to stir memories of the great battle the pair shared for the 2010 Muriwai Open.

Lee, who began the day six shots back, rallied with five birdies in a row after the turn to put the heat on the two-time NZ PGA Champion but he was good enough to hold on for his fourth win on the local tour.

“I am very happy to win my fourth Charles Tour title,” said Hendry, who was the first NZ No.1 golfer to play on The Charles Tour.

“It is nice to be leading little stats like that. If you can keep putting yourself ahead in the record books then it continues to put your name forward among the best New Zealand golfers.”

The 2010 Muriwai Open Champion paid credit to his good mate “R.Lee” who never gave up despite being six back at the turn.

“You don’t expect to be four under for the day and taking a six shot lead into the final round and to be under pressure. He played fantastic today. He has driven the ball so well and he got a good feel on the greens to give me a flutter coming home. It was great to hold my own nerve and finish it off with the pressure he was putting on me.”

Hendry made a crucial birdie putt on the par four 15th which he saw as the turning point in the championship.

“It sort of stunted any momentum he had and it gave it back to me. I hit a pretty good shot in there and once he missed his putt I said to myself this would be a great one to make and when it went in that proved to be a massive momentum shift in the match.”

Lee was pleased with his effort to take the match down the 72nd hole with his seven under par 65.

“I made a few putts on the front nine and my caddy said to me: Try to make two birdies out of the next three and I ended up making five in a row,” said the 39-year-old. “It was a lot of fun and why I play the game.

“I love competing. I love the pressure of coming down the back nine and being in contention. Mike is solid though. He didn’t play well today but he putted well. If he didn’t make three clutch putts on the sixth, 12th and 15th today then I reckon I had a chance at winning. But he is a great player and handled the pressure of leading this event well.”

Hendry broke a number of records on the local series in the process.

There are only three other golfers who have achieved wire-to-wire wins on the local tour and they include Josh Geary (2006 Carrus Open), Anthony Doyle (2010 Shirley Open) and Josh Munn (2011 Muriwai Open and 2012 Harewood Open).

“Thankfully I have had a bit of experience with leading now. When it is your first or second time there is a pressure there that you are not used to. I have lost tournaments with a 54 hole lead too but I hung in there well today. I like to be under pressure.”

He walked out of the Muriwai Golf Club with the trophy in hand and the sun setting after a good week’s work. After growing up on Auckland’s North Shore winning the local pro tournament twice was a special feeling.

“I have been coming to this course for a long time. It is a special place. The first time I played here it was 18 different holes. The entire course has changed and I think it is even a better course. I have some fond and old memories of this course and this just adds to them.”