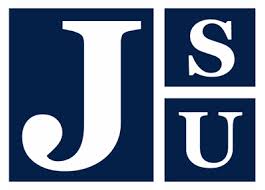 For some athletes their whole junior life is spent working towards their ultimate sporting dream, for others things just seem to take their own direction.

This could well be said for local Barwon Heads Aussie Rules footballer Darcy Williamson who in a little over half a day will play in front of 70,000 college football fans at the Super Dome in New Orleans. 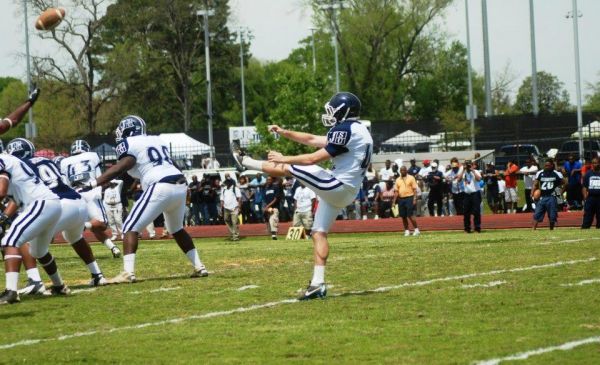 D-Will as known by his team mates gets off a punt during a recent scratch game.

Living in the sleepy coastal retreat of Barwon Heads which is only a stones throw from the famous Bells Beach Surfing Reserve has it benefits. The relaxed lifestyle and coastal facilities lends itself to the perfect training environment and a healthy lifestyle.

Having started his junior Aussie Rules football career at the age of 8, Williamson progressed through the junior ranks of the Barwon Heads Football Club to finally represent his club in the senior competition whilst still being eligible to play junior football.

For the slightly built 16 year old this could have been a daunting task to rub shoulders with fully grown men twice his size. Williamson adapted to the high pressure ranks of senior football extremely well figuring in the club’s best players on several occasions.

The elevation into the senior ranks of the Barwon Heads Football Club was a natural progression for Williamson who was also a team member of the Geelong Falcons squad.

The Geelong Falcons team is part of the National Australian Football League’s junior elite competition for u/18 players.

Having progressed through the junior Falcon’s Squad, Williamson held down a regular spot in the AFL’s TAC Falcon’s representative team which culminated with the selection as captain of the Victorian Country Football State Team competing in a National Aussie Rules junior carnival

Hip injuries during that year and the following year prevented Williamson from gaining precious game time and subsequently he decided not to nominate for the National Draft.

With the hustle and bustle of highly competitive Australian Rules Football now behind him, Williamson was looking forward to a relaxed lifestyle and playing local football with his mates at the Barwon Heads Football Club.

An article in the local paper during the 2011 Christmas holiday season caught the attention of Williamson. Australian talent scout Cameron McIlwraith from Oz Punt was running a scouting camp for prospective American Football college players. Williamson after discussing the opportunity with parents Brett and Mandy decided to give it a go. Oz punt had immediately recognised the potential in Williamson as a punter and subsequently forwarded his training video to several colleges in the USA 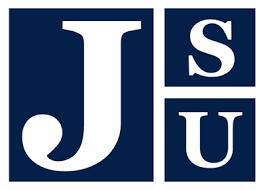 Division 1 college Jackson State University decided to pick up Williamson on a fully paid 4 year scholarship and invited Williamson to take up the offer to attend their university in August of 2012.

Although Williamson had travelled overseas in the past this time would be different in that his family would be left behind and he would be living on campus and trying out for one of the national sports of the USA.

A mix up with schooling qualifications meant that Williamson was red-shirted by the football association for the season. Although Jackson State University had accepted Williamson’s Oberon High School qualifications the league decided that Williamson needed to complete further studies before he could be accepted into the competition. Although frustrating for Williamson at the time the ruling meant that although Williamson could not play football for the University he was still able to train with the team which resulted in Williamson doing pre-season which lasted the whole season.  Invaluable training for an athlete who six months prior had never handled a grid iron ball. As an added bonus Jackson State had informed Williamson that his university stay would be extended a further year. Jackson State went on to play in the championship game last season where they lost the game 24-21.

Over for the American summer break (Australia’s winter) Williamson spent his time with family and friends at Barwon Heads. I managed to catch up with Williamson to get an idea of college life in the sports mad USA.  Williamson said “it’s much the same as Australia in that sport is a big part of the landscape. I enjoyed the lifestyle of being a sportsperson but needed to keep up grades”. Williamson went on to say “to wake up every morning knowing that you’re here for sport is pretty cool. The schooling is ok and I have a good room-mate as well”.

All of this training is to prepare the team for an 11 match season with hopefully a championship game on the end of it.

The college football season kicks off this Saturday throughout the USA and runs for around 12 weeks in different parts of the USA depending on the league.

This Friday lunchtime (Australian Eastern Standard time) Jackson State University will play a non-conference game against a Division 1 A team to kick off the college season in the USA. The venue is the New Orleans Super Dome which Australians will remember, was used to house Americans after the devastating Hurricane Katrina had hit New Orleans.

The Super Dome will be filled to capacity (70,000) with millions of Americans estimated to watch the game live on television. Not bad for a kid used of playing in front of 300 spectators.

Getting ready to fly over to the USA I asked father Brett Williamson to explain his feeling on the momentous occasion.  “I guess were really proud of Darcy in that he made the commitment to have a go and has stuck at it after being red-shirted last year. I don’t think it would be much fun doing all that training and not being able to get on the park”. He went on to say “To play the season opener in front of 70,000 fans and maybe millions of Americans watching the game on TV is just unbelievable for an Aussie kid from Barwon Heads. Some of his team mates from the Falcon days who have been drafted may have played in front of big crowds like that but not the TV audience. He really enjoys the lifestyle and importantly he is getting a fantastic education which should assist him in his future working life. We just sit back sometimes and have to pinch ourselves to make sure it’s real”.

The Williamsons fly into New Orleans 3 hours before Darcy’s game and have scheduled in the National opener as well as the first Jackson State University home game.

Talking to Mandy Williamson I asked her if she was concerned about the safety of Darcy given the recent tragedy where Australian baseballer Chris Lane was gunned down while jogging close by his campus.  “Initially it wasn’t big news in the states.  Darcy said It didn’t make the news there. Darcy only found out on Facebook about the baseballer which is a bit concerning she said. I travelled to Jackson last season hoping to see Darcy play and was very impressed with the layout of the University. The people are lovely and the coaching staff made you feel at ease. I guess it’s like anywhere in the world where there is a bad element you just hope as a parent that you never have to address that situation. I feel for the parents of Chris Lane”.

With another pre-season behind him the D-Will has already boarded the team bus and made his way to New Orleans. You can catch the game live by logging onto

NCAA Football 2013 Live Streaming TV Link. There is a fee for this service.