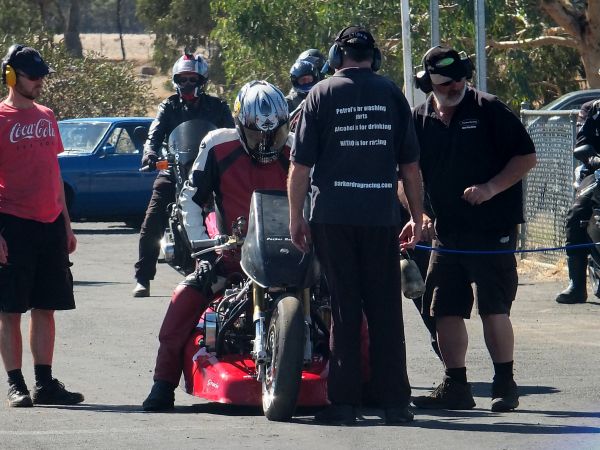 Heathcote Park, Vic/Aus. 9th March 2015. Top Fuel Bike racer Phil Parker treated the locals with some solid nitro fuel bike action on the weekend at Heathcote Raceway. There with the Parker Racing team, Phil rolled out “Gracie” for a couple of test passes in preparation for the upcoming ANDRA Nitro Champs @ Sydney Dragway in early May. Not having the bike out since November, Parker was keen to get some vital testing into Gracie on the back of a number of recent oil pump modifications. Although some of the oil return issues were still apparent Parker was happy with the day’s work, “had the red light flicker which is connected to various warning alarms but the oil pressure was fine. It was going straight, pulling strong, everything we could dream of. Sydney will be fine” said Parker. 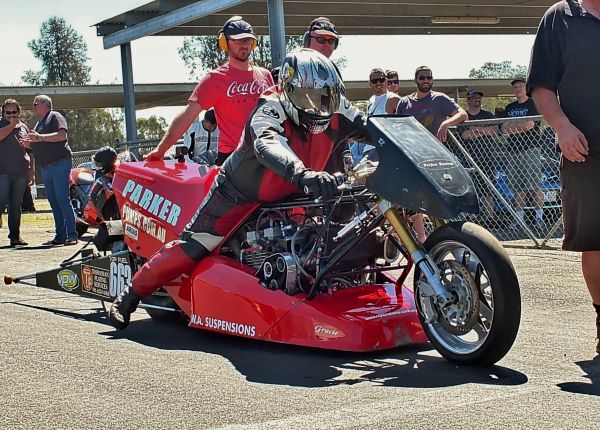 Phil Parker aboard "Gracie" getting ready to roll out a pass.

There were plenty of cars out testing in preparation for a number of events fast approaching. Neil Davis had his Top Sportsman Z28 Camaro out for some final measuring before this weekend’s ANDRA Summit Sportsman Series at Adelaide International Raceway. Running in the newly created Top Sportsman category the 175mph big block Camaro was an impressive site going into pre-stage at Heathcote. 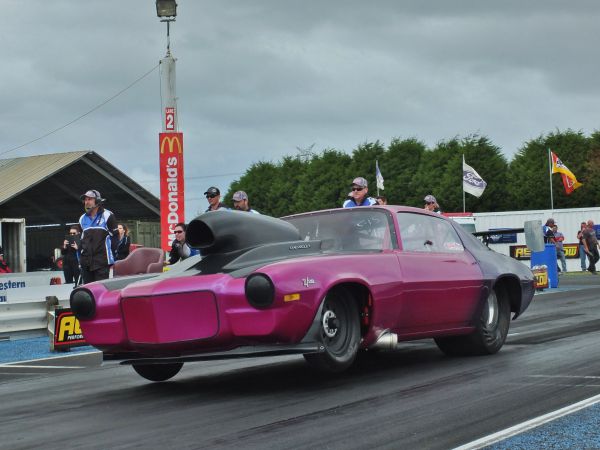 For more images from the day check out the boys @ Full Boost http://www.fullboost.com.au/

One car that won’t be out at Heathcote Park Raceway next weekend is a neat little Chevy Vega that had an altercation with the wall and come off 2nd best. 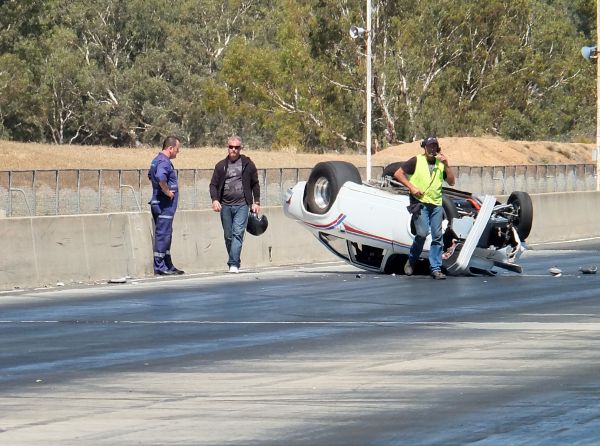 For more info on the Nitro Champs go to: http://www.sydneydragway.com.au/events/2015-nitro-champs/

For more info on the King Of The Street go to:http://www.heathcoteraceway.com.au/