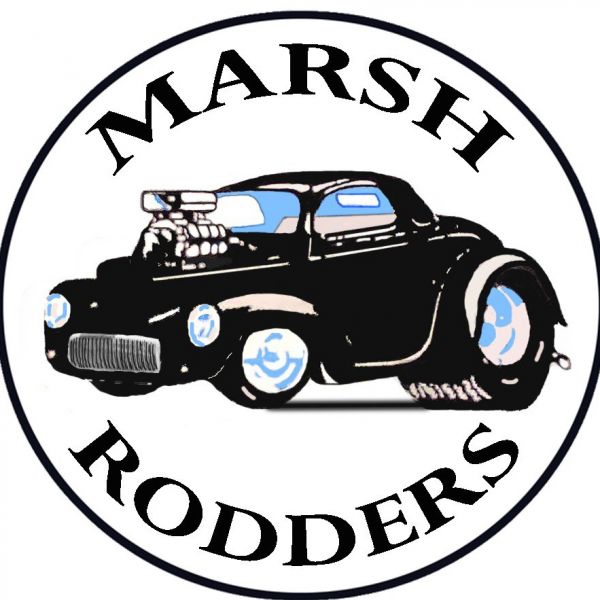 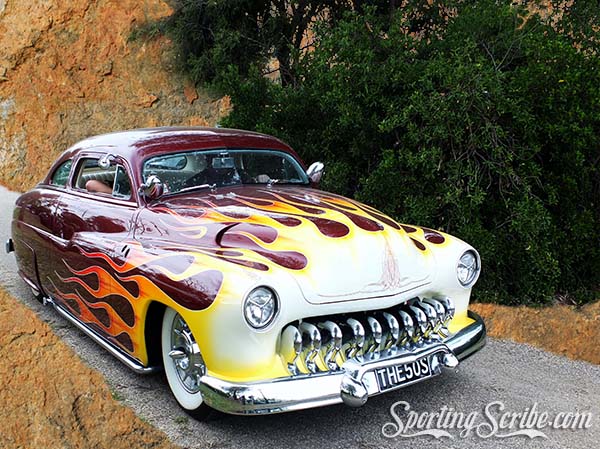 Spectacular cars rolled in throughout the morning.

Customized hot rods and muscle cars from across the state made the journey to the quiet little country hamlet of Baccus Marsh to participate in one of the biggest displays of automotive excellence anywhere in country Victoria. Everywhere you looked there was a gleaming piece of automotive history among the 700 plus vehicles. Cars dating back to the early 1900’s right up to modern day muscle cars were on show for the hundreds of spectators who had made the journey to Baccus Marsh. A swap meet also contributed to the clubs monster fund raising event. With this being the club’s only event for the year it was crucial that no stone was left unturned in the pursuit of providing an event that exceeded all before it. Last year’s 700 car event was surpassed this year with a touch over 750 cars rolling in for the event. 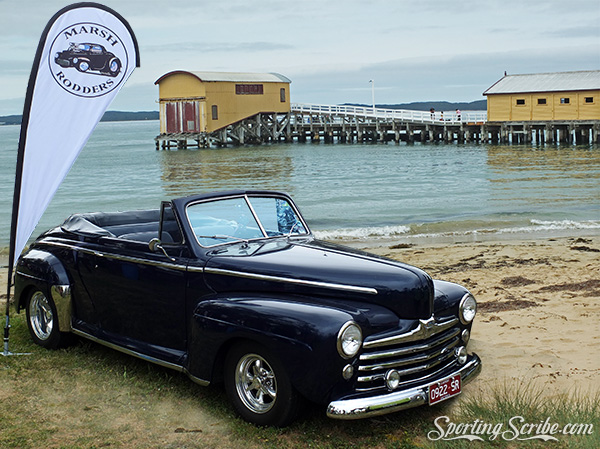 Proudly displaying her 1960 Coupe Impala was Marsh Rodders member and local 98.5 FM breakfast presenter Karellyn Dangar. I asked Karellyn to shed some light on this marvellous event “Well the event has been running for quite a few years now and just keeps getting bigger and bigger. Last year we had 700 cars turn up but this year there is a lot more than that” she said. Karellyn added “You need a great team to run an event of this size and the team has just been fantastic. It’s a credit to the Marsh Rodders and all the people who have assisted in getting this event to where it is” she said.

You have to wonder how many more years the event can grow before organisers have to put a cap on the entries. From my experience it took around 3 hours to get around the static display without venturing into the swap meet area. 200 sites were allocated for the swap meet section this year which like the static display is on a huge growth cycle. If you took the time out to speak to some of the proud car owners you could quite easily drop an entire day at the event. With live music belting out from a temporary stage along with food and drink outlets scattered throughout the venue, spending an entire day there in comfort is definitely on the cards next year. 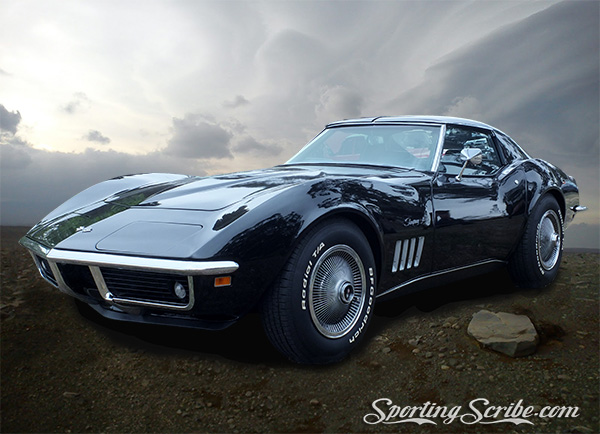 Awesome muscle cars were on show as well

I couldn’t leave without getting the run down on Fiona from one of the proud owners Karellyn. Like a lot of car enthusiasts Karellyn had delved into the history of their car to find that she was originally a Californian car. “Yes she was a Californian car and imported over here. The original owner was John Peterson from Sunbury who used to drive it around his paddocks with muddy boots on. It took us about 4 years to convince him to sell it to us” she laughed. Karellyn added “John brought the car in from Los Angeles and had it converted to right hand drive. The coupes were not made in Australia so the only way you could get a new one was to import her yourself” she said. Although John had done all the initial hard work to get Fiona into the country there was plenty required to bring her back to her glory days after years in the paddocks. Karellyn added “we’ve done a lot of work on her to get her to this stage, she’s a very demanding car” she laughed.  Like a lot of these cars, Fiona comes out sparingly throughout the year to go cruising. “Although able to cruise in any weather, it becomes more pleasurable to go cruising on nice days” laughs Karellyn. 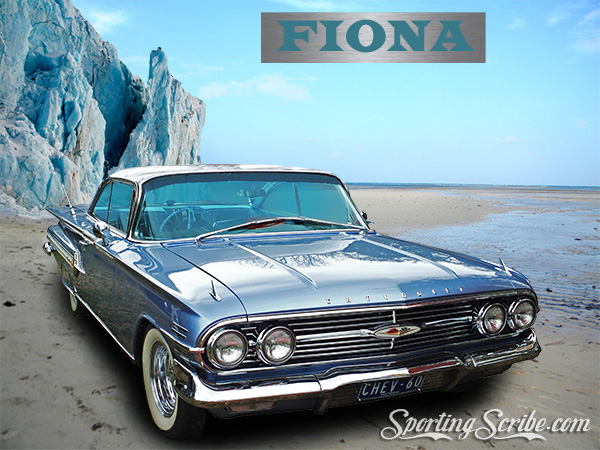 Fiona in all her glory

With the dust now settled on show 9 preparations have already started for the 10th anniversary show which promises to be bigger and better than this year’s event. No date has been set at time of writing but the club usually runs their event the following weekend after Bathurst in mid-October. Mark it down in your calendar and check the clubs website for more details.

Images from the day