Take a look through the best action from around the NHL with one great photo from each day of the 2022-23 season. 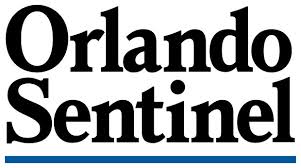 Take a look through all the best shots of the 2022-23 National Basketball Association season from around the USA TODAY Network.

For most of Saturday, the Orlando Magic’s 128-109 home loss to the Chicago Bulls looked like it was going to go how most of their games on the second night of a back-to-back have gone.

“Us trying to go shot for shot, that’s what started the momentum,” Magic coach Jamahl Mosley said. “Back-to-backs are difficult. It forces you to give in sometimes. That’s what we started out doing trying to give in to the easy shot exchange.”

The Magic appeared to have lacked answers to the problems Chicago was causing — until their second unit found some solutions.

The bench unit of Cole Anthony, Jalen Suggs (11 points, 5 assists, 4 rebounds), Admiral Schofield, Bol Bol and Moe Wagner found the two-way play the Magic lacked for most of the game.

They got the stops needed to cut the deficit to 95-81 at the end of the third.

Wagner (team-high 27 points) scored 16 straight points during the second half, cutting the deficit to 98-86 with 11:19 remaining.

Anthony (21 points, 6 assists and 6 rebounds in 30 minutes off the bench) had back-to-back buckets to trim the deficit to 98-90 with 10:22 left — the first time the deficit was single digits since midway through the second quarter.

The Magic stuck with the Bulls for most of the fourth despite the shotmaking from Zach LaVine (32 points), DeMar DeRozan (32 points, 8 assists) and Nikola Vučević (26 points, 13 rebounds and 6 assists). Anthony made a 3 to cut the deficit to 111-106 with 4:28 remaining.

They didn’t get any closer, with the Bulls (23-26) holding off the Magic (19-31) at Amway Center to give Orlando a second consecutive loss.

“If we’re going to be the team we want to become,” Mosley said, “we’re going to have to hang our hat on the defensive side of the floor regardless of if shots are going in or not.”

The lineup of Anthony, Suggs, Bol, Schofield and Wagner played the final 14:49.

“That second unit did an unbelievable job of getting us back in it,” Mosley said. “Their resiliency, their fight, their togetherness — they shared and moved the ball. They made shots but it was more that they hunkered down and tried to get stops in order to get out on the break and run.”

Every starter had an individual plus/minus of at least minus-14. Mosley said he knew he was going to stick with the second unit when Wagner cut the deficit to 109-101 after making a pair of free throws with 5:35 remaining.

“That group had a level of intensity about them,” Mosley said. “They had a resolve about them. They had the momentum going and we wanted to stick with that group [at] that moment.”

They didn’t need a lot of time to dissect what the problems were in that.

“The turnovers,” Mosley said pregame, “some of them were unforced. The ones that led to the breakout easy baskets for them are ones that hurt.”

The Magic’s 20 turnovers led to 32 Heat points and were their most giveaways since their Nov. 14 loss to the Charlotte Hornets.

Ball retention was an issue for the Magic earlier in the season but not recently.

This gives credence to the idea that Friday was simply an off night against a Heat squad that’s one of the better teams at forcing giveaways.

That appeared to be the case, with the Magic turning over the ball just 13 times Saturday, but it didn’t help them get over the hump and overcome the early defensive issues.

“In general, it’s less an Xs-and-Os thing,” Wagner said. “It’s an energy thing. We know we’re capable. We were just flat. Part of that was putting our heads down too quickly and kind of letting go [of] a little bit of our focus. We’ve got to get better at that.”

Jonathan Isaac was available against the Bulls after sitting out against the Heat because of left knee injury management.

The Magic start a four-game road trip with matchups at the 76ers Monday and Wednesday.

This article first appeared on OrlandoSentinel.com. Email Khobi Price at khprice@orlandosentinel.com or follow him on Twitter at @khobi_price.

Take a look at the best images from the 2022-23 men's college basketball season.

Turning point: Oregon State took control with an 11-0 run midway through the second half, a burst powered by three 3-pointers from freshman Jordan Pope.

Buff of the game: Tristan da Silva. The junior forward was a bright spot for the Buffs, recording his second double-double with 22 points and a career-high 15 rebounds. Da Silva also hit a career-best four 3-pointers.

What’s next?: The Buffs will try to get back on track at home on Thursday against California (8 p.m., Pac-12 Network).

CORVALLIS, Ore.— In an up-and-down season that has seen its share of ugly lows, the Colorado men’s basketball has flailed its way into new depths.

The Buffaloes’ struggles continued on Saturday night at Oregon State, as the Beavers took control in the second half to hand CU a 60-52 defeat at Gill Coliseum.

OSU scored only 42 points in a loss in Boulder on Jan. 7, had lost seven of its previous eight games, and had lost its past three home matchups against CU. None of that mattered on Saturday, as an awful second half by the Buffs sent Colorado to fifth loss in the past six games.

Despite shooting only .350 overall and .306 in the second half, the Buffs still converted three more field goals than the Beavers while connecting on an equal number of 3-pointers. Yet far too many fouls defensively led to a 17-for-22 night for the Beavers at the free throw line.

CU was just 3-for-7 on free throws and fell to 1-8 this season in true road games.

“We’re figuring out ways to lose games,” CU head coach Tad Boyle said. “Tonight we lost the game at the free throw line. We get outscored 17-3 at the free throw line and we scored three more baskets than Oregon State. Obviously they weren’t fouling and we were fouling. Sometimes that happens on the road. But that free throw discrepancy was a big part of the game.”

The Buffs once again displayed all the familiar offensive shortcomings that are turning this campaign into a lost season. While CU was shooting well in the first half, the Buffs committed 10 of their 13 turnovers in the opening 20 minutes, which produced a one-point halftime lead that easily could have been more.

Colorado also once again failed to get significant offensive contributions across its rotation. Forward J’Vonne Hadley turned in a solid game, posting just his second double-digit scoring effort over the past 12 games by going 5-for-5 with 11 points and seven rebounds. And for much of the second half, Tristan da Silva was a one-man show for the Buffs, as he scored all 13 CU points over the final seven minutes.

Da Silva recorded the second double-double of his career with 22 points and a career-high 15 rebounds, but he had little to no help offensively beyond Hadley. KJ Simpson went 1-for-13 with just four points. Nique Clifford, coming off a career-high 17 points in Thursday’s loss at Oregon, went 2-for-8 with four points. And the bench combo of Luke O’Brien and Julian Hammond III didn’t score at all while going a combined 0-for-7.

“I feel like we’ve got to make sure we share the ball and trust each other, and make plays for each other,” da Silva said. “That starts in practice. We’ve just got to get back to work on Monday.”

The Beavers took control with an 11-0 run midway through the second half, a burst sparked by freshman Jordan Pope, who hit three of his five second-half 3-pointers during the run. A da Silva bucket inside with 3:28 remaining kept CU within 53-49, but a da Silva 3-pointer in the final minute proved to be the Buffs’ only points the rest of the way.

Lakers' Patrick Beverley received a technical foul after bringing a camera on court to try and show ref Eric Lewis that LeBron James had been fouled.

Lakers' Patrick Beverley received a technical foul after bringing a camera on court to try and show ref Eric Lewis that LeBron James had been fouled.

Mitch Albom: ChatGPT is smart, fast and easy — all the reasons you should be wary

ChatGPT is taking the human element out of one of our most basic forms of communication: the written word. So, just how effective is it? We find out.