Australian Masters Takes Off With A Splash 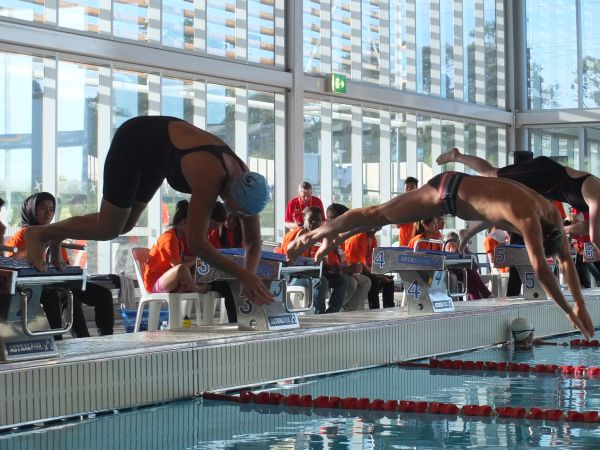 Swimming is just 1 of 50 sports being contested by more than 8000 athletes who have ventured into the Geelong Region to take part in the 2013 games. 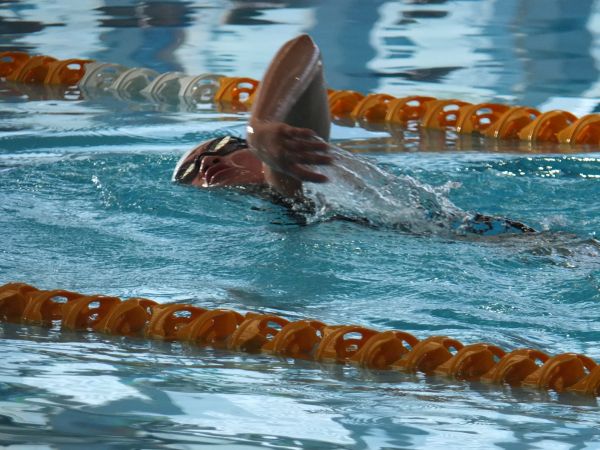 With a wide and varied sports category played in many locations throughout the region over the next 8 days there is plenty of quality spectating and supporting to be done. 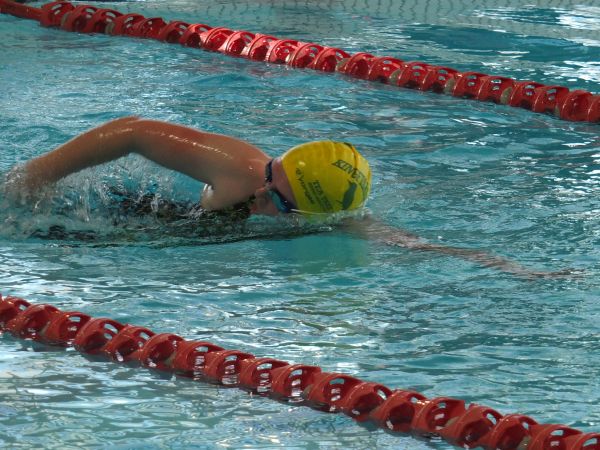 Past Australian Olympic swimming champ Linley Frame is in the pool tomorrow morning contesting the heats of the 50m Breaststroke. Get down to the Leisurelink complex to check out the stars of swimming.

Full a full guide of sports and the locations go to www.AustralianMastersGames.com.

Marjorie Lowery says that the friends she made playing netball helped her through her fight with breast cancer 14 years ago.

“They were a great support”, the 71 year old said as she and her team mates made final preparations for their next battle – the 60+ tournament at the 14thAustralian Master Games beginning in Geelong on Saturday.

“We’ve been going to masters’ events for 16 years because we love it – the camaraderie, the fun, the organisation which is always good and the great entertainment. Basically we are just old girls who get together and have fun – it’s not just about the netball.

“We’ve been all over the country – to the Gold Coast, Alice Springs, Sydney and once before to these Games when they were held in Newcastle,” Lowery says.

A softballer in her youth, Lowery did not take up netball until she was 35, initially as a coach when her then ten year-old daughter’s team needed some guidance.

“I had never played the game, but I thought I knew a bit about it so I put my hand up and it has all gone on from there. I’m still playing and at 71 I’ll be the oldest in our team.

“I play in defence – I like to knock ‘em down, not pick them up. We should have a good bash at it – we’ve recruited another goaler to help our chances.”

Her Dragons team plays out of Bendigo - their name reflecting their city’s Chinese heritage, but have recruited from as far afield as Sydney to ensure a full complement of players.

That’s not a problem faced by the Myths and Legends basketball team which has more than 300 members Australia-wide and will be represented by more than a dozen teams in Geelong. Two of them will feature in the men’s 70+ tournament in which they will take on a visiting outfit from the Pacific nation of Guam.

Templestowe’s Ken Baird is amongst the Myths and Legends 70+ boys and is proud of what his club has been able to do for participation in masters’ basketball.

“We’re the biggest club in Australia with branches in Adelaide and Brisbane and members even in Western Australia,” Baird says.

As for his own role, Baird’s take on it all is simple,

“I’m a basketball player. I just love it. And you’ll be able to pick me out. I’m 85 and I’ll be the oldest one out there.

“I didn’t start playing until I was 45. We were taking our kids around the place for games and I said to the management at the Bulleen Centre that they should do something for the older blokes. It’s been going strong ever since,” Baird said.

“Basketball has taken us all over the globe – including just a few weeks ago to Italy for the World Masters Games.”

Team events will feature heavily over the seven days of this year’s Games both in traditional sports such as netball, basketball, softball and rugby as well as in more diverse disciplines such as dragon boat and drilldance.

The Australian Masters Games, held from Saturday 5 to Saturday 12 October, is one of Australia’s largest multi sporting events. Entertainment and social activities including an opening and closing ceremony ensure it’s an event anyone 30 years and older should tick off their bucket list.

Mental as Anything and James Reyne will star at the opening ceremony whilst Pseudo Echo will headline the ‘Funky Town’ 80’s themed closing ceremony.

Mental as Anything and James Reyne to rock Games opening

Iconic Australian entertainers Mental as Anything and James Reyne will have more than 8,000 participants rocking when they open the 14th edition of the Australian Masters Games in Geelong this October.

Headed by Martin Plaza and Greedy Smith, Mental as Anything will Live it Up on opening night, complemented on a double bill by former Australian Crawl front man James Reyne.

Entry is exclusive to registered Games participants who will be entertained by MC and Games ambassador Mark Beretta in what promises to be a spectacular opening to the eight day event.

The opening ceremony will take place at the Avalon Airport Games Village at Kardinia Park and will be part of a massive Games social program to be managed by Geelong based event management company EMC Group.

EMC Group will provide a series of entertainment hot spots along Cunningham Pier for the 8,000 plus visitors with The Pier Geelong, City Quarter and Baveras Brasserie set to be abuzz during the Games as some of the key sites for the social program, as well as Lambys, Gold Diggers Arms and Edge Geelong.

EMC Group have also committed to managing the Avalon Airport Games Village on behalf of the Australian Masters Games throughout the duration of the Games.

In addition EMC Group will supply over a thousand workforce meals for Games volunteers.

The partnership will help complement the festival atmosphere that will be created in Geelong throughout the Games.

Darren Holroyd, Director of EMC Group says he is thrilled to showcase the group’s restaurants and event spaces to participants who visit Geelong during the Games.

“We could not be more excited to support such a massive event in Geelong. The Australian Masters Games is the perfect platform to showcase the city to the 8,000 plus visitors who are expected to attend,” Holroyd said.

“EMC Group is dedicated to providing the perfect venues for the Games social and entertainment program and we want to make sure that every visitor to Geelong during the Games has the best experience possible.”

“We are Australia’s premier mass participation multi-sport event, with participants coming from all walks of life. This partnership is designed to encourage and support the social and festive atmosphere of the Games, allowing participants to make the most of their time in Geelong,” Selway said.

The Australian Masters Games is a mass participation sporting event for anyone over the age of 30, attracting over 8,000 participants in 55 sports, with its 14th edition being held in Geelong from the 5th to 12th October 2013.