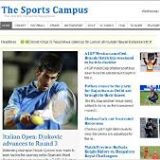 South Africa beat Windies by 16 runs to level the Series

The Proteas levelled the five-match T20 series against West Indies 1-1 when they beat the hosts by 16 runs at the National Cricket Stadium on Sunday. In an impressive response to their loss just one day prior, the unchanged visitors returned with renewed hunger, giving the confident home side a few things to consider in the one-day gap between today’s fixture and the next, taking place on Tuesday.

South Africa were allowed just six more runs in their total than their Match One effort – 166/7 – as they seemed to once again struggle to pile on the runs in the slow pitch conditions, particularly after the losses of Quinton de Kock (26 off 20) and Reeza Hendricks (42 off 30) up front. The opening pair once again got off to solid start, putting on 73 runs in 6.5 overs after being asked to bat first by Windies captain, Kieron Pollard.

Captain, Temba Bavuma smashed a valiant 46 from 33 deliveries (5x4s, 1x6) while struggling to hold partnerships together. Another middle order batting collapse saw the losses of David Miller, Heinrich Klaasen and Rassie van der Dussen for 11, 10 and two respectively. George Linde was also trapped LBW for three off three but made up for it with the ball in hand (2/19).

He and Tabraiz Shamsi (1/16) strangled the opposition’s middle order, producing the game-changing moments that saw the momentum shift in South Africa’s favour. Together, they conceded an impressive, collective 35 runs for their eight overs, to starve the run rate and put their side in a good position to defend their total. They accounted for dangermen Nicholas Pooran (9), Andre Russell (5) and Pollard (1) as the hosts were reduced to 150/9 in their reply.

The seam bowling trio of Kagiso Rabada, Anrich Nortje (1/27) and Lungi Ngidi (1/49) grafted hard and their hard work was rewarded with vital wickets at the top of the innings, as well as the end. Rabada was the pick of the bowling attack with 3/37.

Match Three will be played at the same venue on Tuesday, 29 June at 14:00 local time.

An electric batting display by the West Indies saw them take a 1-0 lead in the opener of the five-match T20 series at the National Cricket Stadium on Saturday.

South Africa were outplayed particularly in the batting department, thanks to a West Indian outfit that packed a marked difference in personnel, with players such as captain Kieron Pollard, Chris Gayle, Dwayne Bravo and Andre Russell returning to the fold as they begin their preparation for the ICC T20 World Cup later this year.

It was the batting prowess of Evin Lewis that got the hosts the quick-fire start that they were looking for, however. He smashed seven sixes and four boundaries on his way to 71 from 35 balls in their reply to South Africa’s under-par 160/6 after being put in to bat first. Lewis shared a partnership of 85 runs with Andre Fletcher to get their side off to a start which the visitors never recovered from.

Gayle and Russell contributed with unbeaten scores of 32 (24) and 23 (12) respectively, as their side cantered to an easy win. The only breakthroughs came by way of a direct hit by Lungi Ngidi (0/46) to remove Fletcher at the end of the 7th over and Tabraiz Shamsi (1/27), who finally ended Lewis’ reign in the 12th.

Earlier in the match, Quinton de Kock and Reeza Hendricks got their side off to a good start with the bat as they put on 33 runs for the opening stand before the latter was bowled out by Fabian Allen for 17 (11). De Kock hit two maximums and two boundaries as he raced to 37 from 24 balls, before his knock was brought to a screeching halt by Russell (1/29) in the seventh.

Captain, Temba Bavuma (22 off 20), tried to stabilize the ship with Rassie van der Dussen – who returned unbeaten for 56 off 38 – but their partnership soon ended when Allen struck again. The rest of the line-up could not manage to get a start. David Miller (9), Heinrich Klaasen (7) and George Linde all fell for single figures – Linde without scoring, thanks to Bravo (2/30) and Jason Holder (1/29).

The second match takes place tomorrow (Sunday, 27 June) at 14:00 at the same venue, which does not give the tourists much time to work on what needs turning around, but they are still confident that they can do so.