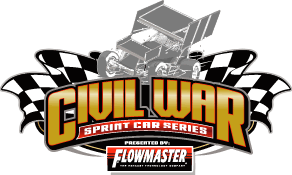 By Gary Thomas
Fremont, CA – May 20, 2015…Coming off a strong weekend that saw a pair of 2nd place finishes Fremont, California’s Shane Golobic will look to continue his ultra consistent start to the campaign this Saturday & Sunday in Marysville & Chico.
So far in this early season out west few have tallied better results than the 23-year-old San Jose State graduate, who has competed in a number of races across multiple different series throughout California.
In 19 total Sprint Car starts this season he’s racked up:
Wins- 1
Top 5 finishes- 11
Top 10 finishes- 14
9 podium efforts
“We’ve had a really nice start to the season and have been up front pretty much every time we have hit the track,” said Golobic, who is driving the Keith Day Trucking 22 Sprinter on a more full-time basis this year. “I really want to thank Keith Day for giving me the opportunity to drive this car and everyone that helps out on it. Hopefully we can keep this momentum rolling as the season goes on. I feel like we are getting better & better as a team and that gives me a lot of confidence.”
Golobic’s major focus in Northern California has been events with the King of the West 410 Sprint Car Series, the Ocean Sprints presented by Taco Bravo & the Civil War Series. Six of his starts earlier this year also came with the World of Outlaws, highlighted by runs from 18thto 8th in Placerville & 17th to 9th at the Mini Gold Cup in Chico. Golobic is also the only driver to have finished among the top-five in all four of the full-point events with the KWS 410’s so far this season.
“I’ve been fortunate to run quite a bit of races so far this year and half of them have come with the 410 in the car,” commented Golobic, who ranks fourth in the KWS standings, just 23-markers out of the point lead. “It’s been a really consistent start to the King of the West season and we’re right there within striking distance, even though we didn’t run Calistoga in April. Sitting where we are though, it shows just how strong we have been. There’s a lot of really good competition running with KWS, but hopefully we can get a win here coming up in June.”
The attention for Golobic & the Keith Day Racing team this weekend shifts back to the Civil War 360 Sprint Car Series presented by Flowmaster, a title he captured last year with unmatched consistency. So far this season he’s made two starts in the three races, earning a victory on opening night in Marysville, the site of this Saturday’s event. He also led a number of laps in Calistoga on April 11, before finishing 2nd to multiple-time series titlist Sean Becker. With the new one-race throwaway factored in, Golobic’s two starts have accumulated the most points with the series.
Sunday’s Civil War event at the Silver Dollar Speedway is the annual Fair Race, which Golobic captured last season after a spirited duel with Jonathan Allard.
If you are interested in becoming a potential partner with the team please contact Shane at shanegolobic@yahoo.com or 510-364-3656.
Shane Golobic & Keith Day Racing would like to thank the following companies for their support this season: Keith Day Trucking, Gabilan Ag Services, Riley Collins Body Shop, RKR Properties, El Camino Machine Shop, MAAS Brothers Powder Coating, Cardinal Coatings, Z Best Composting, Sturdy Oil Company, FK Rod Ends, Keizer Wheels, DMI, LRB Manufacturing & Gaerte Engines
Upcoming events over the next month for Shane Golobic & Keith Day Racing
Saturday May 23: Marysville Raceway Mel Hall Memorial Civil War
Sunday May 24: Silver Dollar Speedway Civil War
Friday May 29: Ocean Sprints
Saturday May 30: Placerville Speedway Civil War
Saturday June 6: Silver Dollar Speedway David Tarter Memorial KWS 410
Friday June 12: Ocean Sprints
Saturday June 13: Stockton Dirt Track KWS 410
Photo courtesy Collin Markle Photography

By Gary Thomas
Tulare, CA – April 15, 2015…After opening the season with a World of Outlaws two-step the Merle Stone Chevrolet Thunderbowl Raceway kicks back into action on Saturday April 25, with the Civil War 360 Sprint Car Series presented by Flowmaster invading the Tulare, CA based one-third mile clay oval.
It will be the lone Winged 360 Sprint Car event held at the Thunderbowl prior to the three-night Trophy Cup in October and marks round four in the battle for the Civil War Series title. It will also be the very first appearance at the track for the series, which started back in 1991 as the North/South Series. It then morphed into the present Civil War tour in 1993 and has been the premier series for Winged 360 Sprint Cars in California ever since.
The night of racing will also be part of the first Prentice Motorsports Group “Double Down Bonus” weekend. If a driver can win the Friday April 24 event at Ocean Speedway with the Ocean Sprints presented by Taco Bravo, and then win at Thunderbowl Raceway on Saturday with Civil War, they’ll go home with a $3000 bonus. If they do so, they’ll walk away with $6500 total for the weekend. This is the first of nine Double Down Bonus weekends in 2015.
“We’re excited about bringing the Civil War Series presented by Flowmaster to the Thunderbowl Raceway next week,” said series manager John Prentice. “Tulare has been one of the top tracks out west for a long time and it’s definitely a place that the Civil War Series belongs at. It’s the only chance for many of these teams to get some track time there before the Trophy Cup as well. With it being the first PMG Double Down weekend that also adds another level of anticipation.”
After winning the World of Outlaws finale in March for the second year in a row Rutherford, CA’s Rico Abreu is set to be on hand next week. The 23-year-old last season was the lone driver to earn multiple victories with the Civil War Series and will be considered the one to beat next week. The win earlier this year was Abreu’s fifth career Thunderbowl Raceway triumph aboard his familiar Abreu Vineyards No. 24 mount. His two Civil War wins last year came at the Johnny Key Classic in Watsonville and the Tribute to Gary Patterson in Stockton.

Some photos from the HK Classic!

Some photos from the HK Classic!

--> PHOTO BLAST! We had our camera out at the 2018 Howard Kaeding Classic and put together this little album! We hope you share away and enjoy!

Fun fact, with his win on Friday night @tanner_thorson became the 91st different driver to win in se

Fun fact, with his win on Friday night @tanner_thorson became the 91st different driver to win in series history!

We want to send a BIG than you to all the teams and fans who made it out last night! It was a great

We want to send a BIG than you to all the teams and fans who made it out last night! It was a great show and we are looking forward to tonight’s @narc410 event!

We want to send a BIG thank you to all the teams and fans who made it out last night! It was a great

We want to send a BIG thank you to all the teams and fans who made it out last night! It was a great show and we are looking forward to tonight’s @narc410 event!

Thorson leads at the white

Thorson leads at the white

Hirst fended off Thorson before the red not sends him off***

Hirst fended off Thorson before the red not sends him off***

Thorson pressures for lead- Hirst sends him off

Thorson pressures for lead- Hirst sends him off