Who is Bubba Wallace? 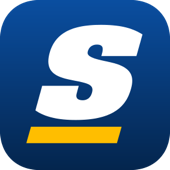 "Your words and actions will always be held to a higher standard than others. You have to be prepared for that. You don't learn these things in school," he wrote. "You learn them from trials and tribulations, the ups and downs this crazy world provides.

"You will always have people testing you. Seeing if they can knock you off your pedestal. I encourage you to keep your head held high and walk proudly on the path you have chosen. Never let anybody tell you you can't do something!"

Trump took to Twitter earlier in the day to target the NASCAR driver.

He referred to the recent incident in which a noose was seen in Wallace's garage stall at Talladega Superspeedway on June 22, calling it a hoax.

Wallace directly noted the president's remarks in his statement.

"Last thing, always deal with the hate being thrown at you with love! Love over hate every day," he continued. "Love should come naturally as people are taught to hate. Even when it's hate from the POTUS.

A crew member for Richard Petty Motorsports discovered the noose in the garage stall.

The FBI found that no federal crime was committed, and the pull rope had been tied in the shape of a noose since at least October 2019.

Despite relief that he wasn't being targeted, Wallace told TODAY the investigation and its fallout have been frustrating.

"It's still frustrating to know that people are always going to test you, and always just going to try and debunk you, and that's what I'm trying to wrap my head around now from saying I'm a fake and all this stuff," he said. "And that I reported it when it was news that was brought to me."

Due to its racist and offensive symbolism, Wallace, NASCAR's lone Black driver, had been a vocal opponent of the Confederate flag being allowed to be displayed at races. In June, NASCAR banned fans from displaying the flag at its racetracks.