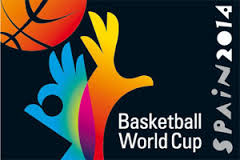 Written, produced and recorded by award-winning Spanish singer Huecco, it was selected by FIBA and FEB as the official song for the upcoming edition of FIBA's flagship event taking place in Spain (30 August-14 September).

The song will bring together fans and spectators from all around the world in a festive atmosphere as they cheer on their favourite teams and players in the premier world basketball extravaganza. You can listen to the song here.

The official video of the song will be released on 27 August.

Huecco, also known as Ivan Sevillano Perez, has recorded three albums: Huecco (2006), Assalto (2008) and Dame Vida (2011). He first came to prominence with his first single and dance anthem "Pa' mi guerrera" wich sold nearly 300,000 ringtone downloads. His second album featured the song "Se acabaron las lágrimas", a hymn against gender violence which he recorded with the support of the Minister for Equality and the most respected journalists in Spain. It sold 45,000 ringtone downloads and the artist donated the royalties from these sales (€10,000) to the local non-profit organisation Fundacion Mujeres.

To find out more about Huecco, go to:

About the 2014 FIBA Basketball World Cup

The first-ever FIBA Basketball World Cup will take place in Spain from 30 August to 14 September 2014.

The Group Phase will be played in Bilbao, Gran Canaria, Granada and Sevilla (30 August-4 September).

The Final Phase will take place in the Palau Sant Jordi in Barcelona and in the Palacio de los Deportes in Madrid (6-14 September).

The FIBA Basketball World Cup, known from 1950 until 2010 as the FIBA World Championship, is the flagship event of the International Basketball Federation (FIBA).