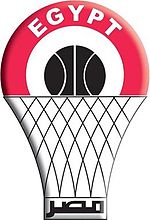 Entered the game of basketball in Egypt in 1920, where the fact that some of the French in 1920, Nadia Alexandria named the club all sports All Sports Club enter into its programs the sport of basketball, which is the first club who exercised Krhasalh in Egypt, and in 1922, the YMCA Bociotabadkhal game the American way, where all members of the Assembly had followed them Omrakjonthm YMCA in Cairo Vadkhaltha year 1925, and helped in the dissemination of the American University in Cairo.

After that has been configured first union in an official capacity and was Adeddalvriq no more than ten and all foreign except panels Royal Guard
and the YMCA and that was in 1930, and in 1935 held the first championship for the first division clubs won by the YMCA, then stopped this tournament until 1944 AD , and were not stopped before the game had been included internationally,

In the 1936 cycle adopted within the Olympic Games and Egypt participated in this session of its team of the Union, after the session immediately amended rules of the game for the first time, such as Egypt and in this conference, Secretary of Nada.

And World War II halted all international activity for basketball and deprived the world of two-time Olympic 1940.1944 and limited activity in Musraly Alalslh Football League clubs zones between Egypt and the Championship clubs for the first-class teams until 1944.

Following the end of World War II, specifically in 1947 Mavtth So I bought the field of international friction Egypt in the European Championship, which was held in Prague and won the third place.

In 1948 Egypt participated in the London session, but did not win any of the first centers.

In 1949 Moqimit European Championship in Cairo after an apology from Russia set up, and the back of the Egyptian team appearance since Musharraf Hazaali first place by beating France.

In Buenos Aires, Argentina, Egypt participated in the World Championships and won the third place.

In 1951 the course was held in Alexandria Mediterranean and established time Olsalh especially basketball, a lounge Municipal Stadium Alexandria, Egypt won first place, and then set up the first session of the Arab Egypt in Alexandria in 1952 and won the first prize.

Then participated in the Olympic Games in Helsinki, and then the European Championship in 1953 AD in Spain, and in the year 1954 in the Mediterranean Region Championship in Spain, the Egyptian team has traveled to Moscow in 1957 for Achtracfhi Birthdays youth.

And then rolled different courses Mnhaalaalmih or African or Arab.